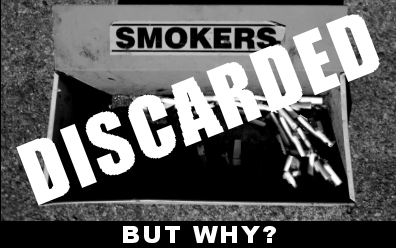 This section features articles that were submitted but did not make it past the editor.

The reasons given varied and are listed on the respective pages. They have been taken from the correspondence that accompanied the rejections. I do not agree with them and I explain why.

However, there are deeper causes for the reluctance to accept material that is based on a model of the mind; a model that actually works, that is. We need to start somewhere, so let's begin with the field of artificial intelligence itself.

Pat Langley described the turn away from AI's core pursuit in a recent issue of the AISB Quarterly [1]. The original goal, to build a computer-based mind simulation, quickly lost its attraction when attempts to recreate the necessary cognitive dynamics failed. Despite those failures, or perhaps because of them, many successes were achieved along the way. Artificial neural networks, genetic algorithms, better search methods, they all proved to be highly useful. So much so that over the past five decades or so entire careers had been built around them. But none have anything to do with the human wetware.

Of course, musings about the mind began almost as soon as homo sapiens achieved self-awareness. To ask "Who am I?" comes with the territory. Over thousands of years these thoughts emerged from the contemporary situatedness of their owners' existence. The great unknown was populated with spirits, gods, demons and any type of phantasy which seemed convenient at the time. Out of that mist our current religions crystallised, intertwined with the social and intellectual markers running in tandem.

Even today's scientists are members of their milieu, a significant burden however well that may be understood. Some remarkable examples are described in Jonah Lehrer's article, "Why We Don't Believe In Science".

If members of a particular human activity system are in pursuit of a goal that continues to prove elusive, a certain response sets in. Sometimes the goal is simply abandoned, but if its attractiveness is strong enough a collegium of failures begins to develop which affords everyone their desired space in the group without rancour because they all share a common experience, namely failure. Same here.

Add the sheer weirdness of some of the ideas throughout history and collectively they are not so strange anymore; if you are convinced the god speaks to you in the here and now then surely I should be allowed to think we will meet after my death. It certainly is an improvement from killing each other over our different psychoses. The present statutes assuring freedom of religion stem from the noble efforts of such mutual admiration societies around the world.

Suppose now someone comes along and has succeeded were everyone else has failed. Mutual admiration societies - any society for that matter - hate being killed off, and so the resistance starts from day one. Only once the new insight serves a sufficiently large number of people will there be a counterweight to the bias. Anyone wondering how phenomena such as the crusades or the burning of witches could continue for so long only needs to examine their history to discover how convenient they were for certain individuals and their sycophants.

That's the broad canvas - fast forward to the present.

There is an old saying, "If you are a hammer everything looks like a nail". To the scientist, steeped as they are in formalisms, mathematics, and the realm of interlaced conjectures (and there is nothing wrong with any of them) the system of mind cannot but help to suggest itself as a mirror image of their world. Today academia is a finely-tuned space where processes are ordered, frameworks are structured, and the overall atmosphere is serene (anyway, that's the idea). Naturally, the mind would be seen as a kind of data base, or an assembly of nodes with their weight-determining algorithms, or as little program functions waiting patiently on their racks to be called by, well, by whom really?

Yet move away from the cloister and there is another world entirely. A world where humans not only appreciate a Requiem but can equally chant themselves into a delirium, where tribes huddle around the hearth, where wild eyes lust after blood and power. That too is homo sapiens, and to observe all this, to dine at a sultan's palace one day and to sit in a seedy waterfront bar the next, is possible if one has culture and manners; I thank my origins for both.

How such experiences can make one think of data bases etc is hard to understand, unless of course one's life revolves around them.

There is another problem with the difficulty introducing something new to an established crowd. Imagine trying to have an intelligent conversation with someone about a book they have never read. How can you discuss and debate something, including ideas that emanate from the work, if the foundation does not exist? A whole world opens up once the mind model is understood, a fascinating territory just waiting to be explored. In the absence of any pre-knowledge however the talk descends to a 'there be dragons' kind - if it is talked about at all.

Science is big business. Not everyone has use of the Large Hadron Collider and its 7.5 billion euros budget but even so the commercial pressures on academics to make their presence pay for their universities and ultimately for society are huge. Gone are the days when a Goethe or a Novalis could brighten their lives through private investigations into whatever caught their fancy while building their reputations as outstanding intellectuals. Today it is 'publish or perish', teach a conveyor belt of students, and more often than not organise the marketing events of one's institution. No wonder that the whole process of submitting a paper, vying for it to be accepted, and thus weaving an ever larger net of endless citations, has become such an industry.

It can turn into the very mutual admiration society mentioned earlier. See Phil Davis' article "The Emergence of a Citation Cartel", where he writes about the growing importance of citation numbers which can be stacked by journal editors. "The Impact Factor Game" by the editors of PloSMedicine, no less, is more food for thought. To quote, "We conclude that science is currently rated by a process that is itself unscientific, subjective, and secretive."

All this should not be understood as a polemic against citations per se. But their obvious purpose of respecting originality can unfortunately be superseded by an obsession with a self-serving circular scope out of fear a step too far away from the familiar meets with antagonism. People don't like to be taken out of their comfort zone, lest the overall effect leads to a diminished impact factor.

Let's not forget that hardly any of the more recent human rights achievements have occurred due to the efforts of the scientific community. For example, where were the cognitive scientists, psychologists and political scientists when gays and lesbians were routinely bashed on the streets of Sydney? I happened to see what a psychotic society is capable of when back in 1978 a lonely truck with some dancers on the back turned into Darlinghurst Road in Kings Cross, only to be stopped by dozens of police streaming out from who knows what holes, ripping open the doors, climbing onto the platform and pulling the passengers by their hair on to the pavement. The crowd was literally lost for words at such a display of brutality. Then off the troops marched to the nearby police station where the dancers were charged. This was the beginning of the Sydney Gay and Lesbian Mardi Gras, which in due course has turned into one of the nation's biggest tourist attractions.

The human Eros is still beset with superstition but don't wait for the professionals to speak out.

Universities do have some activists, but they usually become audible once so many others have had their say already (along the lines of citation clustering). Ian Plimer wrote about his experience during his action against Christian fundamentalist influences. As a geologist he could hardly live with the creationists' version of the world but while he received some private support the only professional bodies standing by him were the Geological Society of London and the German Geological Society [2]. Plimer lost, appealed, and lost again. So much for the neat algorithms underpinning human thought processes.

Investigating and formulating how the mind works is not only science, it touches virtually everything humans think and do because the source of all this is, after all, the mind. The resultant model furnishes answers but at the same time opens questions about our activities at a level that hitherto has remained in the shadows, albeit shadows which filter the light of conscious awareness at every turn. They are part of our conceptualisation of the world, and to blithely disregard their presence stifles our perception when it is most needed. Questions about the role of subconscious thought processes amongst the arguments surrounding our overt actions and agendas; the degrees of intelligence informing individuals, demographics, entire societies even. On a subliminal level we all relate to such issues, but then do our level-best to hide them behind a politically correct facade.

For example, a Channel 4 documentary exploring the possible link between race and intelligence caused a furore, but the presenter, Rageh Omaar, also made the point that a number of scientists point-blank refused to be interviewed. At the moment the familiar arguments are about statistics (hard to refute), and definitions as well as cause and effect relationships (hard to prove conclusively). Without an understanding of how the mind works to begin with no debate along those lines can be productive; at the moment no side is served. Therefore the reticence can be appreciated, but even so an element of fear of speaking out cannot be dismissed.

On the page the social experiment a case at the University of Queensland is described where a student had been admitted without the proper qualifications. Hardly anyone was prepared to speak out, a "culture of fear" pervaded the campus. If even an administrative side-step causes such angst, what can we expect in the face of issues that encompass culture, politics, and high emotions?

And yet, as the continuing evolution of our species (at least for some) increases the complexity of human activity systems, the need for protecting those advances against the ever-present threat of superstitious passion grows alongside. The resources required for addressing the world's overpopulation in conjunction with scarcer supplies of food and water, quite apart from the increasingly costly hunt for energy, demands the opening of intellectual doors so we are able to see what really is out there. The vast majority of suburbanites have no idea what a bunch of humans, fighting for survival under primitive conditions, looks like.

If academics, journal editors, reviewers, and all the rest won't earn their keep in the light of their wider responsibilities towards society, then the agents of mediocrity will only be too ready to invade their comfortable space and we all will revert back to a life that is "nasty, brutish and short".

The articles have been presented in their original format according to the respective editorial rules.