Are certain outlooks outlined in the Parallels really that bleak?
Firstly, history alone teaches us that no civilisation has lasted forever, and no society has been free of calamities during its life span. If one or the other scenario seems far-fetched it does so because there is the assumption what happened to one section of humanity cannot happen to another ("It won't happen to me" writ large). It can and it does. What usually changes is the specific content - but again, once the focus is on functionality the significance of a development can be analysed without getting stuck on local specifics.

What then are the major problem areas as seen under Otoom?
The overall message is, the less the members of any human activity system phantasise about their world, the more effective they are regardless of the actual conditions. One can interpret this from both directions: external pressure will be handled better, and/or less mistakes will be made leading to fewer problematic situations in the first place. The main dangers in terms of their volume and strength in the world of today are, the influence of ideology through politics as well as religions (a mentality that attacks what is good and reveres what is bad), polarisation between winners and losers packed into ever tightening spaces (concepts about survival flourish but evolution withers), the panorama of climate change (affected environments have the potential to exacerbate the existent perceptions of their residents), the weakening of dominant cultures (the acquired skills for authority dissolve and control is handed to brutish newcomers). The dynamics involved in any of the above exist at every scale - from the mind of an individual to society to global interactions.

Suppose the predictions are true, how realistic are our chances of avoiding them?
Otoom does not describe some utopia. That is to say, nothing therein is of the 'if only' kind. It means that within the overall confluence of ideas, desires, and initiatives some will always grate against some others - the nature of human activity systems sees to it. On the other hand, the abstractive ability of humans enables us to engage in 'what if' scenarios and thereby posit one possibility and its potential against another, provided of course the definition of the problem is of sufficient quality. It's a matter of asking the right question, or, as programmers like to say, "garbage in, garbage out".

What's the idea with the Otoom fractal?
It is a specially formulated Mandelbrot set - in the direct sense of the word! These sets appear similar at any level of magnification, are too irregular to be easily described, are self-similar, and have a simple and recursive definition. Exactly like the manifested dynamics in the Otoom computer programs and the identifiable thought structures in cognition (in fact, the programs' algorithm produces attractor-based affinity relationships). The intricate detail of this particular fractal can be seen in the posters, freely available for download. The zoom-ins are up to 1 million. Read about the full technical definition.

Is there one way to summarise the entire model?
I'll try. In the mind we have system that consists of a multitude of elements, such that their respective multifaceted nature is capable of responding to input in terms of specific patterns. These patterns define themselves through their material composition at its level of manifestation. The larger the system, the more specific these patterns can be in relation to variance in input. In doing so the elements attain a representative quality, which through feedback loops between themselves and their input become standardised to a certain degree. The patterns emerge from the inside outwards, as does the standardisation. There are no meta-rules imposed from above. The rules, such as they are, define themselves through the process of their emerging complexity at any level of manifestation. Such a system is highly scalable. In terms of type it may well be the super set of reality itself.

See here for a quote from the book which describes the process of the emerging mind.

Is Otoom another version of Dynamicism, are you a Connectionist, what about GOFAI?
These are the kind of questions I dread. Take a day off, if you must, and spend it on searching the internet for anything that comes up under 'dynamicism', 'connectionist', or 'GOFAI' (good old-fashioned artificial intelligence) - on second thought take one day off for each of the labels. Afterwards you will have learned two things. Firstly, expecting to cover them in just three days is a perfect example of ridiculous optimism; and two, the longer you spend your life's precious hours wading through the oncoming tsunami the less you will be able to give a concise definition of what they all mean. On the other hand, you could read the article Minds, Machines and Searle 2: What's Right and Wrong About the Chinese Room Argument by Stevan Harnad, which has the polite sarcasm I wish more people had the courage to generate. In other words, Otoom is a functional model of complex, dynamic systems that, regardless of what this or that algorithm says or what this or that neuronal network demands, describes the processes as we find them in reality. Actually dealing with complex, dynamic systems in terms of their complexity and dynamicism as inherent features (and not as shortcuts for lengthy hypotheses) is not all that new. But sometimes I get the feeling certain people see the idea of complex systems as a panacea for all the world's problems. Otoom does no such thing. Of course, understanding what is happening is a prerequisite for a solution; yet just as cooperation, wider awareness and empathy and such are a feature of complexity, so are disintegration, hate, and war. Therefore the model describes the world, warts and all. You could call it punk science (not to be confused with the book Punk Science by the way). Furthermore, anyone suggesting a hypothesis about the mind should be able to address human behaviour through their model; after all, this is what understanding the mind is all about. Questions about the Iraq war for instance, or the nature of various demographics and their mutual interaction, or about religion and ideology should be feasible to ask. None of the constructs mentioned above even attempts to do that. One also suspects a major reason for being reticent about such themes is the fear of stepping into taboo subjects. If everyone is ignorant about the actual dynamics of the mind then everyone can hypothesise, posit, suggest, opine on whatever subject while not being taken too seriously. The result is a mutual admiration society of ignoramuses, each member knowing perfectly well to what they owe their own comfort. Why would anyone invite some piece of knowledge that blows out the fires of their cosy little hearths?

We all have seen leaves - our planet contains billions of them. Hence deconstructing neural networks in terms of their complexity should eventually bring us to the functional framework of a leaf. Yet it does no such thing. 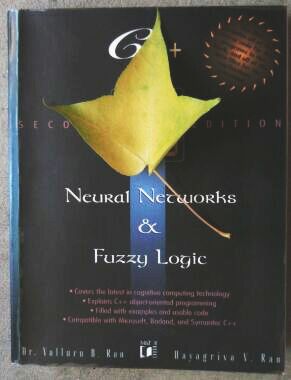 The irony of it all!

Regarding "On the origin of Mind" you claim on the books page, "There is no other book like it" - what exactly do you mean by that?
Two things. Firstly, there is no other book which deconstructs 21 major philosophies (if you discount Plato who is represented through Socrates) in a formal manner to demonstrate the nature and relations of thought structures. It can be done once you have an appropriate framework that allows you to do that. Within the Otoom framework those thought structures, whether observed in antiquity or the present, can be shown to be consistent and repeatable. Secondly, I justify my claim through circumstantial evidence. Here's an analogy. Suppose you focus on a particular society and think that its members have developed the internal combustion engine, but you don't know of any text that specifically mentions this. However, you can go through any literature related to cars and their surrounding issues and focus on any reference which could only have been expressed in that way if internal combustion engines are indeed known. Therefore, to find a direct reference is not necessary to justify your assumption. Same here. I have not read each and every piece of writing ever published trying to explain how the mind works. On the other hand, some of the dynamics listed in Otoom are so fundamental to the system that at least some trace of them must surely be alluded to when theorising about the system of mind in other contexts. I have not found any such traces, and I did go through a considerable amount of this kind of literature. For example, two books published not so long ago, Douglas Hofstadter's "I Am a Strange Loop" and Richard Dawkins' "The God Illusion", touch at various times on the mind and what is known about it (outside Otoom of course). There is no hint of the underlying dynamics (which is not to disparage the authors' work). Furthermore, once you start from the basis Otoom provides, a number of vistas open that previously were inaccessible. Again, in the field of politics, social science and such, there is no indication that such knowledge has been available to the respective players even though it would have been a definite advantage at the time. One could also add that due to Otoom's highly interdisciplinary nature, findings from many fields (artificial intelligence, cognitive, political, and social science, psychology, anthropology, and yes, philosophy) have been placed in an overriding, comprehensive context. They are like pieces in a mosaic that so far existed in isolation from each other. Otoom puts them on a canvas where they coexist without any discrepancy or the need to make exceptions because the underlying connections are missing. Instead, the whole picture is now complete and seamless.

Why did you include the matters under the social experiment on your website?
For a number of reasons. Many claims regarding the Otoom model and its associated programs are being made on this site. Although they all can be confirmed, it also should be explained what goes on in the background. Describing the problems I experienced at Griffith University could assist other students in case they run into similar difficulties. The fraud perpetrated by some of the people there, and that includes the present Vice-Chancellor (this is March 2013), should be on public record, especially since the current environment is not conducive to open and effective investigations. It also helps to mitigate any concerns one may have when approaching someone or something and then facing a rather active opposition. To have placed a certain amount of trust in someone only to be confronted with negative hearsay can feel like a betrayal - hence the other side of the story. Then there are a number of invitations that have come my way which I could not follow up due to this situation. A simple decline runs the risk of sounding impolite. Last but not least we have significant security issues that have the potential to affect the entire nation. All these aspects are covered throughout the pages which link from the social experiment. In short, it's about protecting the brand.

Finally, what drives you?
Understanding how the mind works opens so many vistas. I think the biggest problem in the world is stupidity. Only two things can move me to tears: an act of sheer beauty and a display of stupidity. Being able to spot either at their very source helps immeasurably. In the first case we can see evolution at its glittering best, and in the other we can prevent the descent into brutishness.